This Spring offers more interesting events in the night sky. Especially nice will be the warmer temperatures of the season, making stargazing and the ‘cosmos show’ a bit more enjoyable.

A special highlight during the next few months will be the Transit of Mercury on the 9th of May – an event more seldom than solar and lunar eclipses. Every 88 days, Mercury orbits the Sun, during which time the Earth completes about a quarter of its orbit, meaning after only 116 days Mercury overtakes the Earth. Moreover, every 116 days, a so-called lower conjunction – an inner planet transits between the viewer on Earth and the Sun. Mercury certainly won’t cover much of the Sun and since the orbit of Mercury is tilted, relative to the Earth’s, at 7°, the planet often wanders past our star to the south or the north. On the 19th of May however and thirteen years in the making, Mercury’s orbit will be extremely close to the Earth’s orbital plane, thereby allowing us to see the planet as a dark point on the face of the Sun.

Other planets, such as Venus, Mars or Satrun, will have the chance to knock us off our feet. On the 6th of April, Venus will be obscured by the Moon. On the 25th of April, Mars, Antares, Saturn and the Moon will become a quartet in the sky and finally, on the 22nd of May, Mars will be in opposition.

If you would like to use this info-graphic on your website, you are welcome to use the following code:

We wish you tons of fun this Spring! 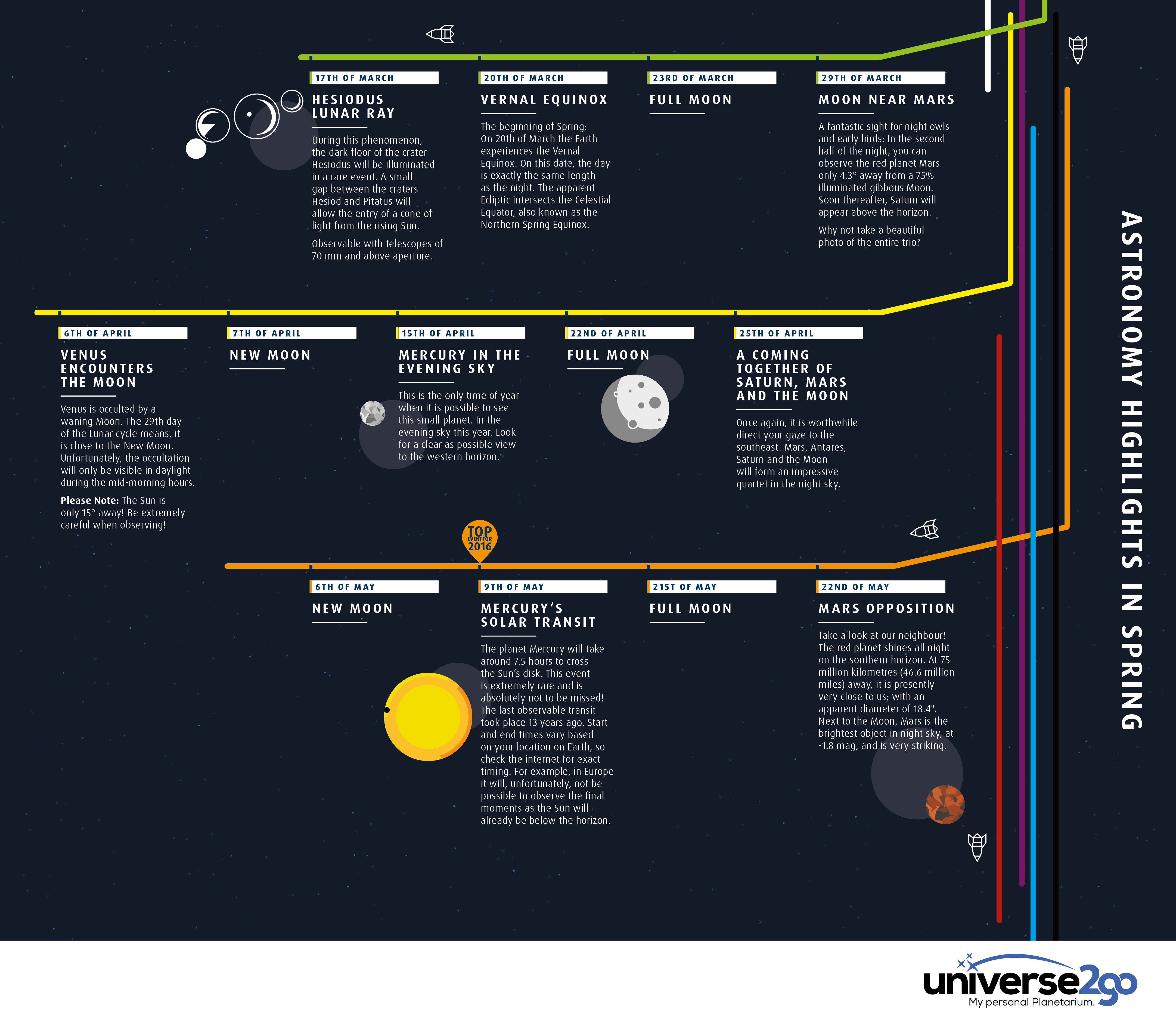